This page includes information in preparation for a Region 7 Contest in Albert Lea, Minnesota.

The soaring conditions in south-central Minnesota can be quite nice in May but the weather is unreliable.  Since 1999, Albert Lea tried to host 9 soaring contests with 6 potential soaring days on each occasion ( a total of 54 possible contest days).  Three of these nine times the contest had to be cancelled because the minimum required contest days (three) could not be flown.  On two of these three occasions, not one single contest day was flown.  The best contest was in 2016 when all 6 days provided strong soaring weather.

In total, 25 of 54 possible contest days were soarable.

The task area map below shows the winning flight traces of all contest tasks flown from Albert Lea between 2015-2019.  All contests were held in the month of May. While the majority of tasks where to the west and southwest, it is clear that tasking can go in any direction.  It is mainly limited by the Minneapolis/St.Paul Class B airspace to the north and by Minnesota weather that does not seem to permit particularly long tasks at this time of year.  There is also a Military Operations Area (MOA) to the southwest (indicated in blue). 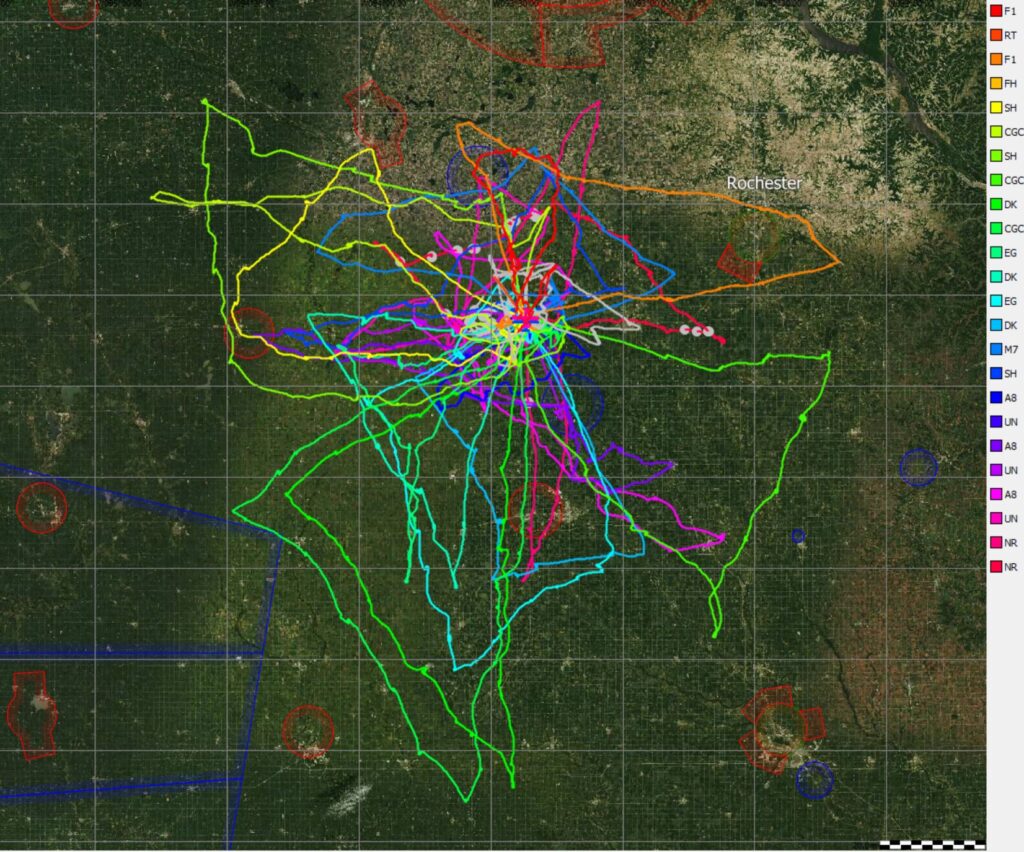 On average, the day’s winner launched 45 minutes before heading out on task with a minimum of 15 minutes and a maximum of 1:45 hours of pre-start soaring. 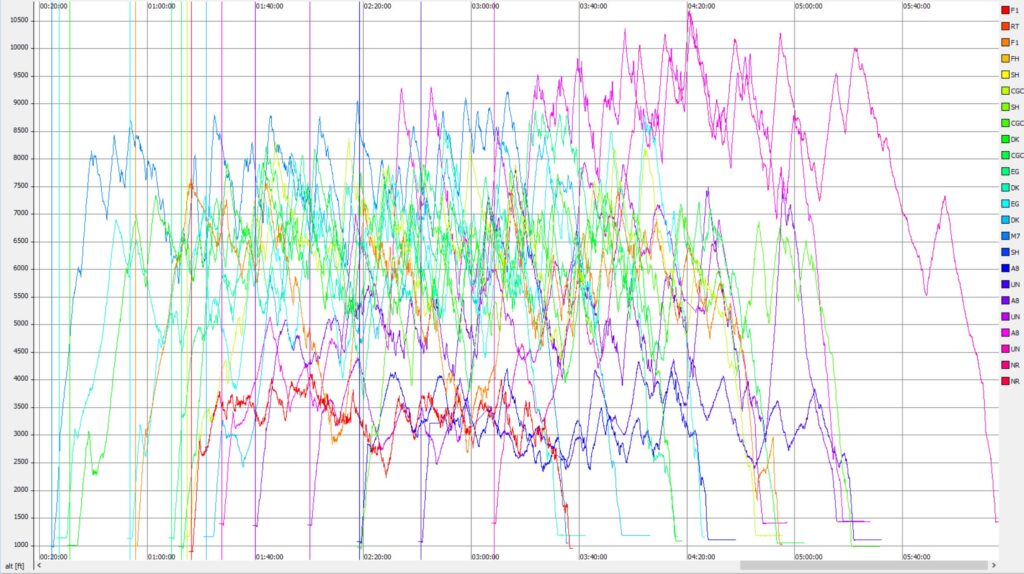 The chart below plots average climb rates for each flight against the maximum attained altitude of the day.  As expected, climb rates correlate with thermal altitude.  One day had attained altitudes of over 10k feet (there were two winning flights in different classes on that day).  That day was an outlier as thermal strength was only average. 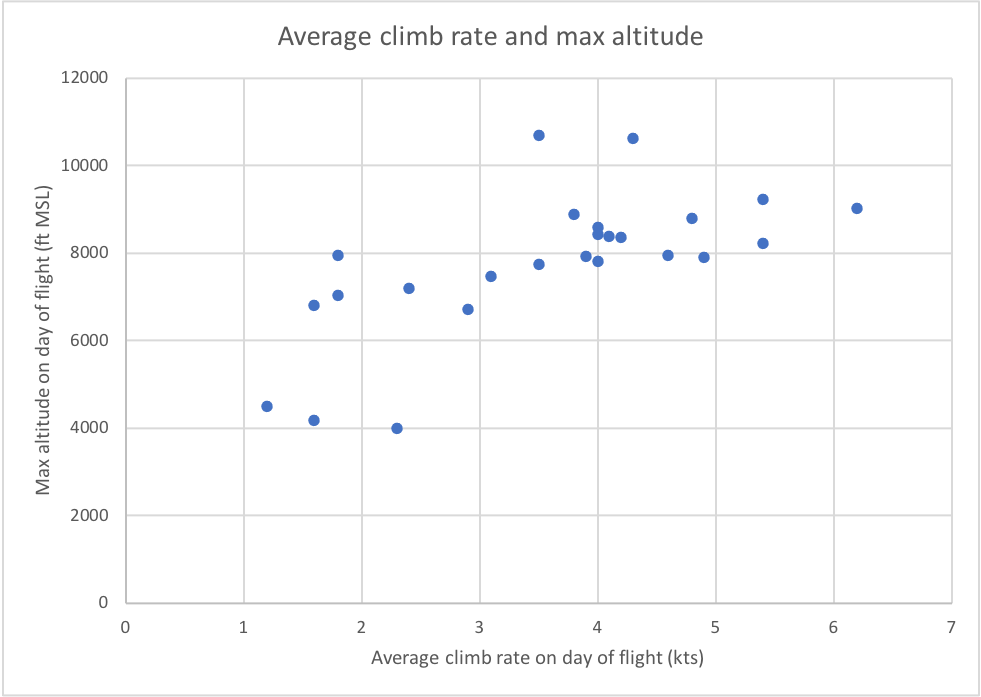 The median thermal strength was 3.9 kts and the median was 3.6 kts.

Attained actual task speeds (without applying handicaps) ranged from just under 30 kts to just over 80 kts with the bulk of flights between 55 kts and 75 kts.  Unsurprisingly, the greater the strength of the lift, the greater the attainable task speed. 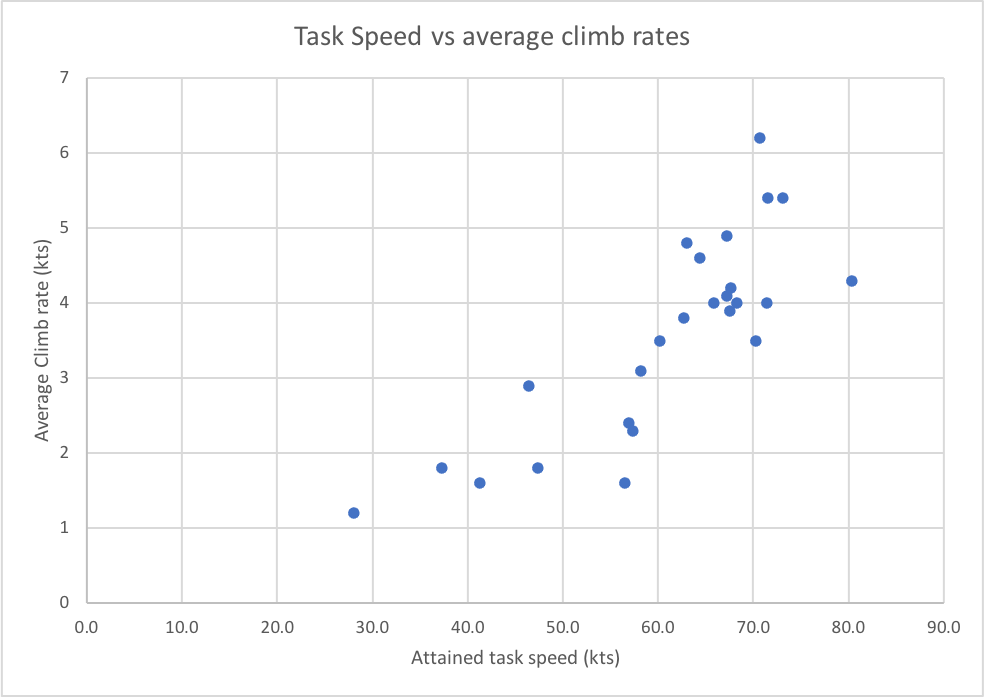 With one single exception, the day winners were also successful in following energy lines during the cruise portion of their flights.  Some days indicate the presence of clearly marked energy lines with netto values greater than 1.  Interestingly, the attained task speed correlates less strongly with netto than with average climb rate. 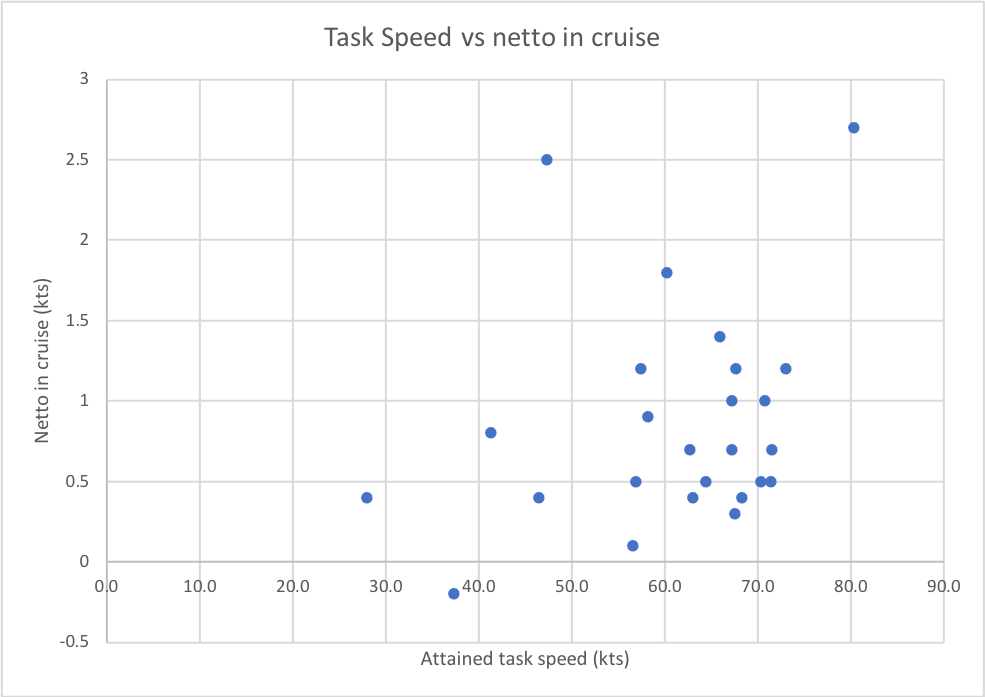 On the majority of flyable days the wind speed was light to moderate with wind speeds between 5-15 kts.  While the best thermals were on days with very light winds, there does not appear to be a very strong correlation between wind speed and thermal strength. 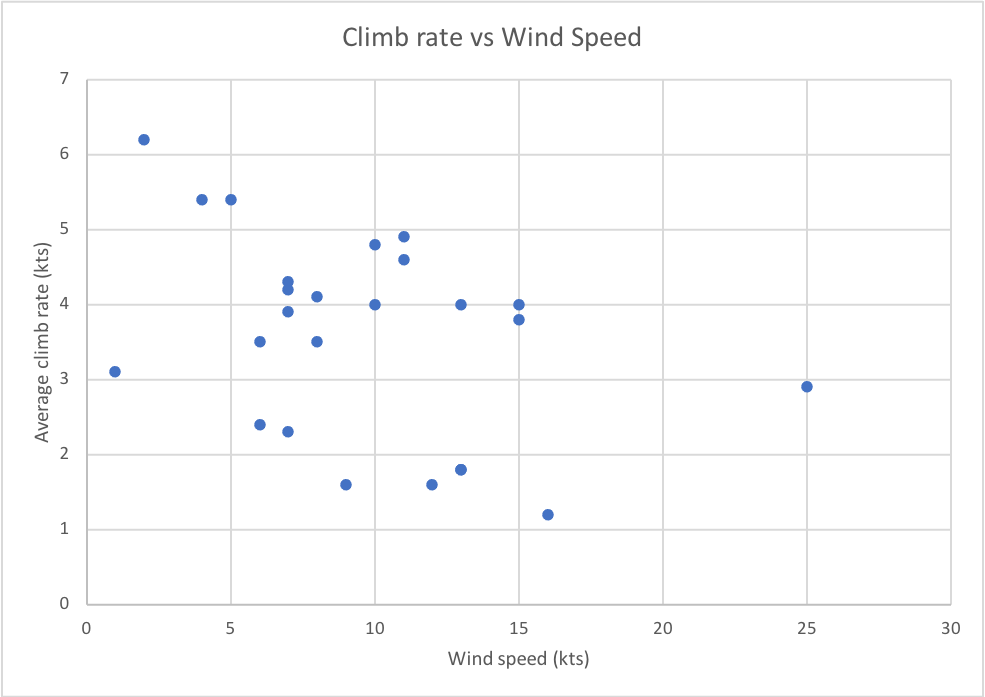 The best thermals of the day (climb rate and attained maximum altitude) were between 2 PM and 4:30 PM with a median value of 3:20 PM.

The median thermalling percentage of all day winners was 30%.

Winds can be from any direction.  The most frequent directions were from south-east to north-west. 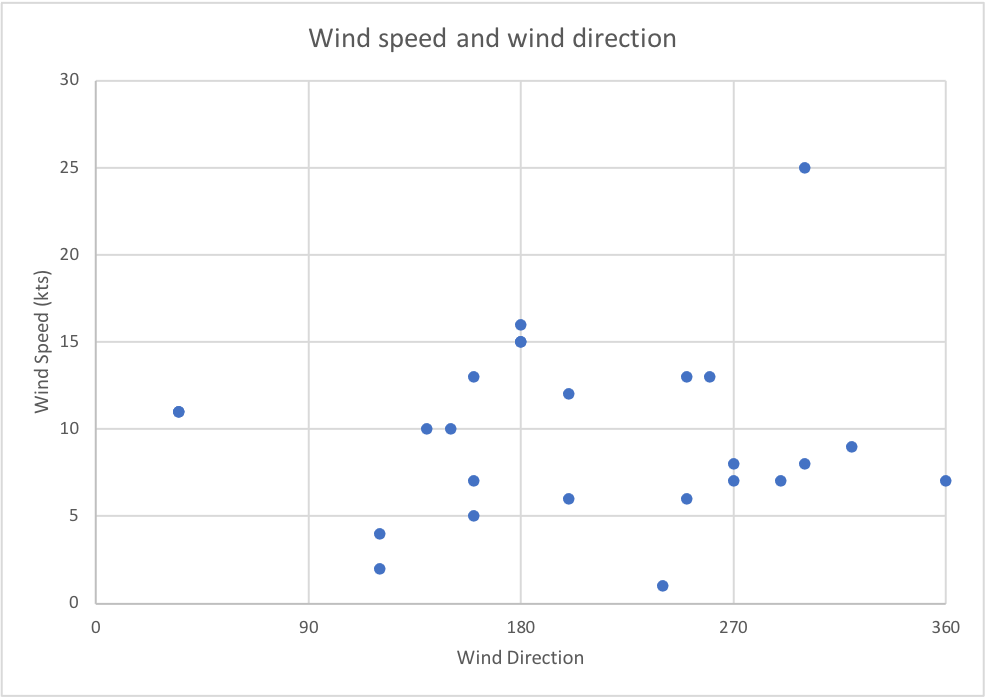 The task area is mainly flat and gently rolling terrain at an elevation of approx. 1000-1500 ft MSL.

While north-eastern Minnesota is mainly comprised of forests and lakes, the task area in southern Minnesota  and northern Iowa is almost exclusively comprised of farmland dominated by cultivated crops.   Corn is the main crop but the planting season is between early April and mid May.  I.e., in the second half of May crops are still young and small, and most of the terrain should be well-suited for off-field landings.

There are several smaller lakes but they are unlikely to have a major impact on soaring conditions beyond their immediate vicinity.  The relatively wide Mississippi River is 80 miles to the east.  Historically tasking has not extended that far.